Native to South America, a small tree growing to 8 m tall. Silver/grey foliage is deciduous in dry season. Bright yellow flowers form a mass display during winter/spring when the tree is leafless. Used as an ornamental for subtropical and tropical gardens. Can be grown in containers or as a bonsai. Tolerates salt and drought.

Native to South America, an evergreen perennial small tree to 7 m. Pink/red flowers in spring are followed by green fruit mature in autumn with a sweet aromatic flavour likened to fruit salad. Fruit fall from the tree when ripest and at fullest flavour. Prefers warm-temperate to subtropical climates. Flower petals are also edible and are used in salads. Used as an ornamental garden tree, screening, hedging and wind breaks. Moderately salt tolerant.

Native to eastern China, Japan and Taiwan, a small/medium deciduous tree to 10 m. Autumn foliage is green, red, yellow and orange. Grows upright and slender while young but matures into a rounded tree. Popular for bonsai.

Native to Europe, southwest Asia and northern Africa, widely cultivated throughout the world. Deciduous medium tree growing 15 to 25 m with a trunk diameter up to 1 m. Small, dark green leaves turn yellow in autumn. Used as an ornamental tree for parks and gardens and a popular bonsai specimen.

Native to North America although highly cultivated and naturalized in most other continents. Fast growing medium tree 10 to 25 m tall and can develop multiple trunks. Used in ornamental plantings for parks and gardens and hedging. Green foliage turns yellow in autumn before falling.

Native to eastern and central Europe, western Asia and Scandanavia. A deciduous medium tree growing 20 to 30 m with a trunk up to 1.5 m diameter. In its natural habitat in Norway, trees can live to 250 years old but generally only live to about 60 years old. Autumn colours mainly yellow with some orange and red.

Native to Japan, Korea, Taiwan and eastern China. A medium deciduous tree growing to 30 m with a short trunk and spreading canopy in mature trees. Dark green leaves turn to yellow, orange and red in autumn. Used as an ornamental tree in parks in gardens, providing good shade when in foliage, also a popular bonsai specimen. Prefers a cool climate, full sun to part shade.

Cycad native to Mexico, grows to 1.8 m high and to 2.5 m wide although very old specimens can grow to 3 m tall. Blue/green leaves up to 160 cm long form a crown on top of the trunk. Evergreen, dioecious, will grow in sun and shade with good drainage. Drought tolerant and salt tolerant. Suitable to architectural landscaping, low maintentance.

Cycad native to Mexico, grows to 12 m, one of the tallest cycad species. Blue/green leaves 1.5 to 2 m long form a crown on top of the trunk. Evergreen, dioecious, grows in full sun to part shade. Drought and frost tolerant, low maintenance.

Native to Mexico. The short trunk grows to about 20 cm with a leaf crown up to 1.5 m tall and 2 m wide, each leaf 50 to 150 cm long. Can only be propagated by seed. Evergreen, dioecious, grows in full sun to part shade. Can tolerate drought and salt but protect from cold. Suitable for architectural landscaping, low maintenance.

Legume growing 1 to 2 m high, annual or perennial depending on the climate. Native habitat is unknown as it has been in cultivation around the world for many centuries. The original source of indigo dye, extracted from the leaves. Racemes of pink/violet flowers. Widely grown as a soil-improving groundcover. Prefers tropical and subtropical climates.

Medium evergreen tree of the tropical forests of south-east Asia and northern Australia. Grows to 15 m tall with a dense canopy that provides heavy shade with fragrant cream/white flowers. The timber is valuable and fruit is edible, used in Ayuverdic medicine. Grows in full sun to full shade in moist soil. Drought tolerant.

Deciduous shrub growing 5 to 10 m, originating from around Iran and northern India, has been in cultivation for hundreds of years and can live long with some specimens in France around 200 years old. Red flowers are followed by fruit in March to April. Grown for the fruit it is also used as an ornamental specimen in gardens and parks. Drought tolerant and moderately frost tolerant.

A small evergreen tree growing 4 to 9 m, native to southern Indian and south-east Asia. The most common source of sandalwood and oil, used in medicine, perfume and incense. Brown/purple flowers appear December to April followed by fruit that ripens to purple/black. Can live up to 100 years old. Prefers a tropical climate and likes to be planted near legumes for a source of nitrogen.

Medium legume tree growing 10 to 12 m with an open canopy. Native to Mexico and Central America, deciduous in areas with a dry season. Nectar rich bright pink/lilac flowers appear on the ends of leafless branches. Fruit 10 to 15 cm long ripens to yellow/brown, containing about 4 to 10 seeds. Prefers subtropical and tropical climates. Plantation uses include green manure, fodder, intercropping and soil stabilization. The abundant floral display makes this a stunning ornamental for gardens and parks.

Native to tropical South America, fast growing to 40 m with a single, straight trunk up to 80 cm diameter, branching only at the top of the tree. Nectar producing flowers appear October to December in masses. Prefers full sun and open position.

Native to subtropical rainforests of central and south east Queensland. Can grow to 6 m but usually smaller with a dense canopy. Creamy white flower clusters appear summer to autumn. The source of lemon myrtle essential oil, leaves are also used fresh or as dried flakes in cooking and is a traditional bush food. Low maintenance, coastal and drought tolerant.

Native to Queensland, the characteristic bulbous trunk can grow up to 3.5 m in diameter and 10 to 25 m tall. Deciduous from September to December when creamy flowers appear, followed by seed pods November to May. Farmers and pastoralists use the native trees as shade and fodder for livestock. Adapts well to cultivation in a range of soil types, used as a street tree, in parks and large gardens as well as bonsai specimens. Prefers full sun and well-drained soil. 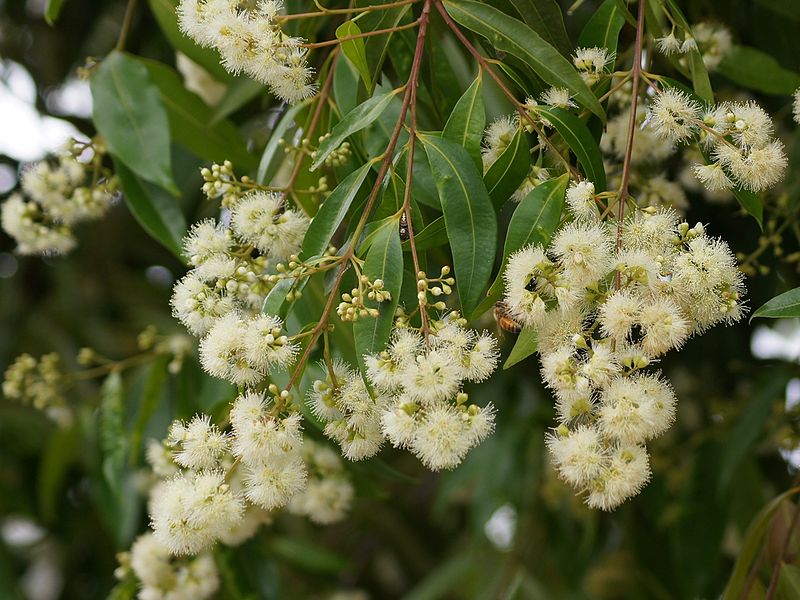 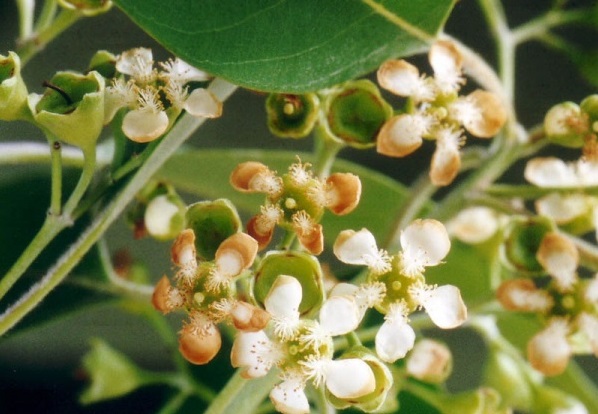 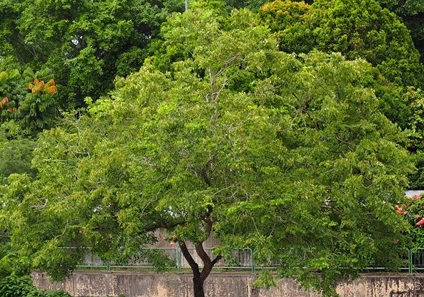 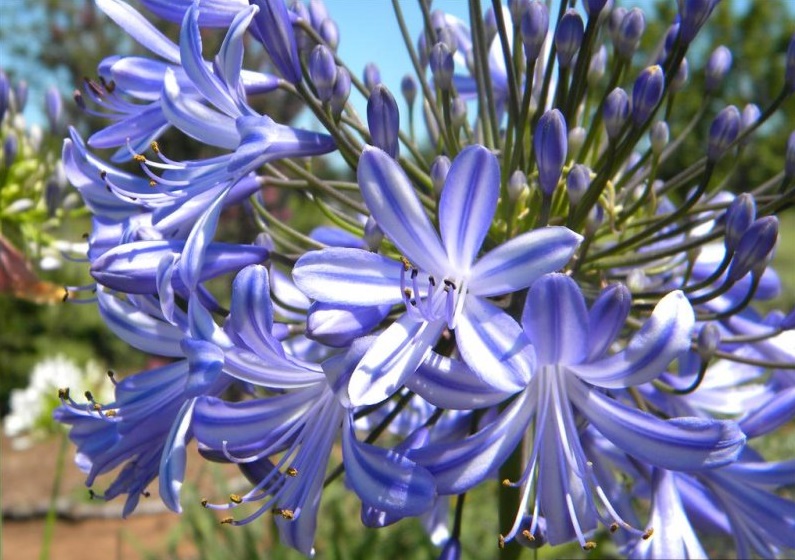 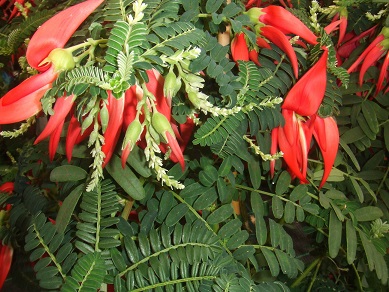 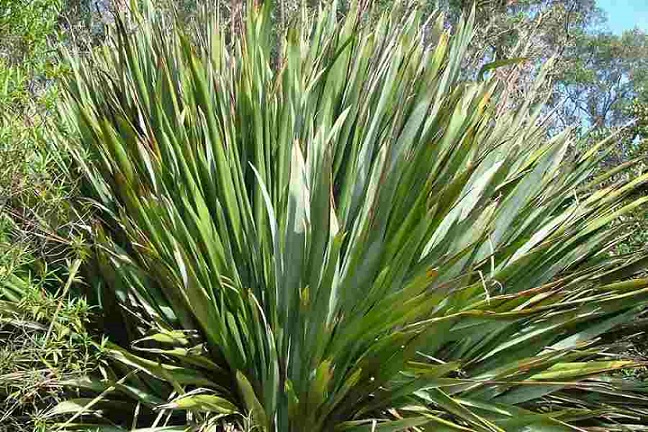 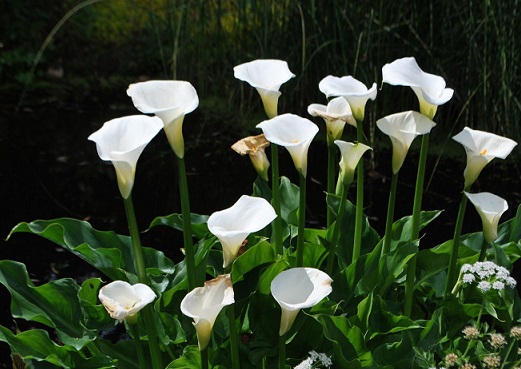 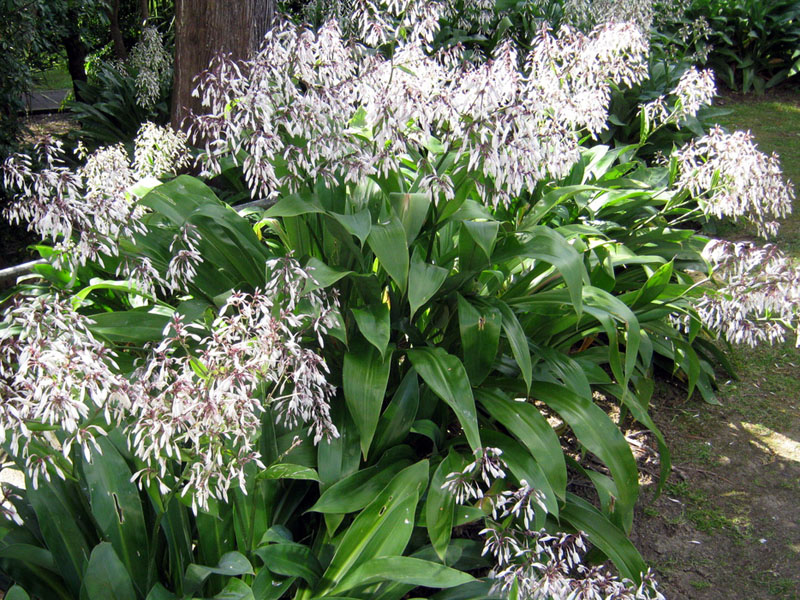 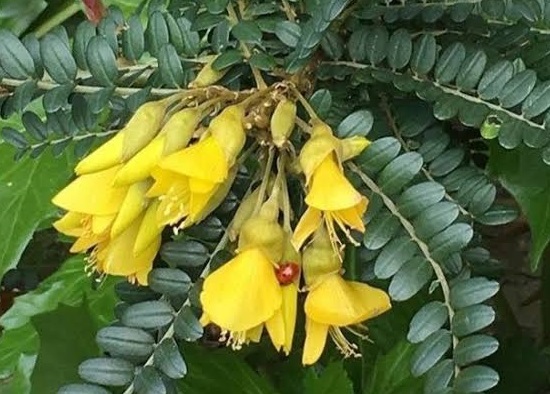 Native to New South Wales and Queensland, evergreen shrub to 5 m with long, narrow leaves. Summer flowers are followed by purple/black berries on panicles up to 40 cm long. Useful as a screen plant with its tall, narrow habit. Adaptable to a range of situations, full sun to shade, not frost tolerant. Grows well in pots but tends to be a little more compact than plants in the garden.

A rainforest tree of eastern and northern Australia. Small tree growing to 20 m although specimens to 40 m have been found. Leaves have a dark, glossy upper surface with fine white hairs on the underside. Small, creamy flowers appear September to November, followed by fruit February to July. Seed and fruit are bird attracting. Prefers moist, slightly shaded positions.